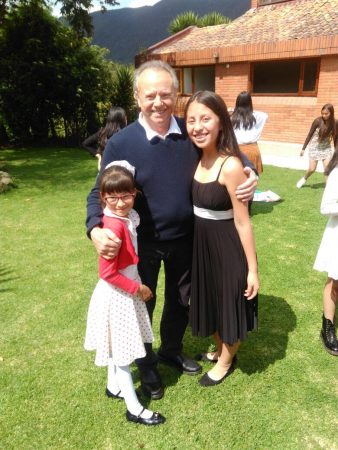 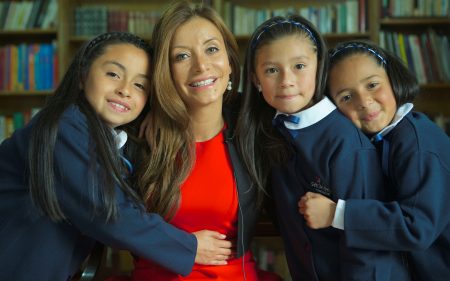 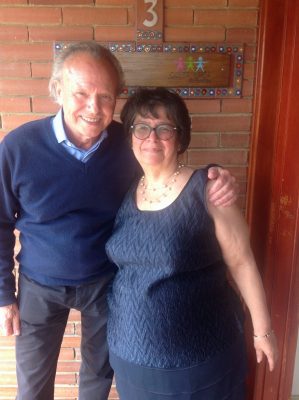 Lady Y. Rodriguez met her co-founder Peter R. Mowland at a conference in London in 2008 and within a short period of time they discovered their mutual interest in orphaned children.

They both held the strong belief that every child has the ability to flourish in society, notwithstanding the origins of their birth. They decided to develop a project to set up a charity and create a homes and schools for deprived children and as a result Santa Maria Foundation (SMF) began  in early 2009.

As a Colombian national and coming from a family with a long tradition in charitable work, Lady Yomara was aware of the desperate need for help and support for the many orphans who find themselves excluded from society in her country.

Having semi-retired from a successful business career, Peter R. Mowland wanted to find a way to “give back” to the underprivileged in the world community. He wished to not only offer a substantial part of his financial gain, but also use his life experience to help children unable to help themselves.

Both Peter and Lady Yomara decided therefore that Colombia represented a worthy cause and so they travelled there to engage in research in order to obtain all the necessary government and legal permissions and to set up a local support group of like and minded caring people who are prepared to give their time and love, without personal financial gain.

As a result Santa Maria Foundation was born  in 2008 and has continually been supporting existing Colombian Orphanages. However,  SMF is  also offering its little girls courses in Classical Music  and  Languages  in its school opened in January 2012.

The Santa Maria Foundation is recognised by the Colombian Government (ICBF) by virtue of its charitable status number 2677, December 2008, RUT 900260914-6. It is also recognised by the Charity Commission with the UK Charity Number 1131864, September 2009.